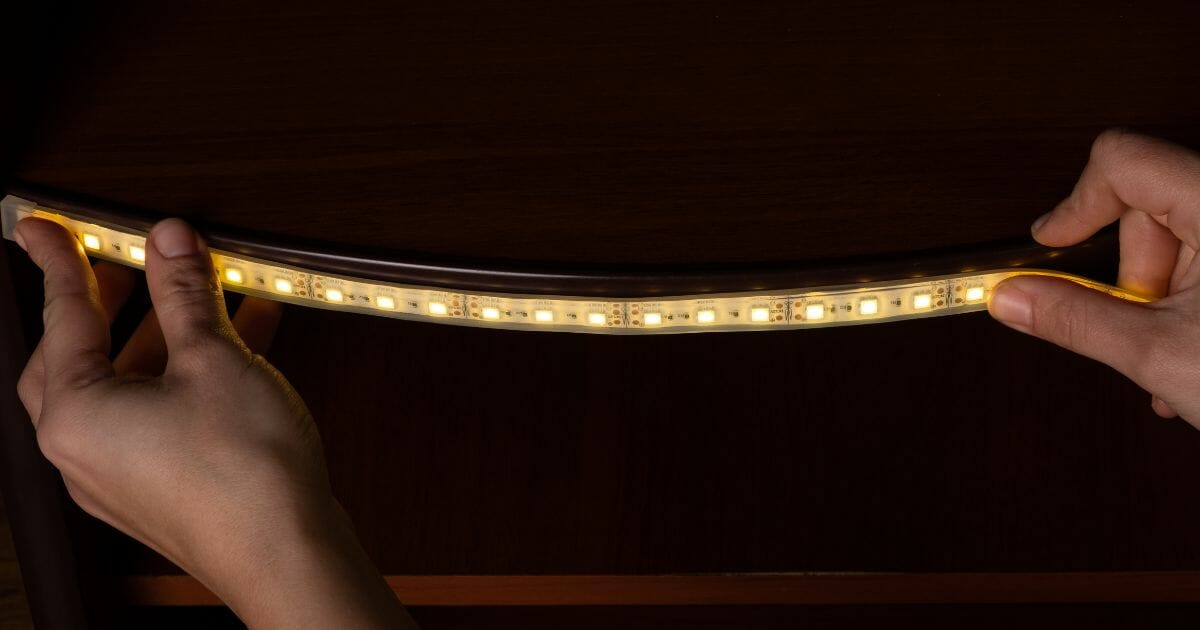 How to Reset LED Strip Lights: A Comprehensive Guide

Resetting LED strip lights can be critical, especially if you want to reset them back to the factory settings, you need to change the time on your lights, or maybe even if you want to save energy by dimming them after they have been on for an extended period. But in which cases do you need to reset your LED strip lights? To answer that question, we’ll need to first look at how they work.

What are LED Strip Lights and How do They Work?

LED Strip Lights are lightning devices that use Light Emitting Diodes (LEDs) to illuminate rooms. These lights are frequently used for cosmetic purposes and can be found in various colors and intensities.

The lighting from the LED strip consists of two essential parts: a flexible plastic strip with an embedded pattern of individual lights and a power source, which often comes in the form of a connection to your home’s electrical grid. When you flip on your switch, it sends electricity to each light along your LED strip. The lights are interconnected so that when one turns on, all turn on.

The main benefit of LED strips over other types of lighting is that they use less energy. They are also low-maintenance, so they’re more cost-effective. For all these reasons, many people who want to save money on utility bills have switched to using LED strips instead of HIDs or fluorescent bulbs.

Why do LEDs Stop Working?

Unfortunately, LEDs can also malfunction and stop working altogether. The specific reason for each situation will depend on your setup, but there are a few key things to keep in mind about why an LED strip light may have stopped working.

First, remember that these lights are usually plugged into a power source. That plug often isn’t connected directly to a power outlet but rather to an extension cord or other device. If you pull out your extension cord too far from its socket or unplug it accidentally when you bump into it, it could detach from your strip light and interrupt its power supply. The second common problem is water damage, which can be caused by accidents, as well as storms or bad weather if they create leaks in your home’s roof.

Aside from that, there are also several different physical causes of malfunction. If you’ve been using your strip light for an extended period and it’s still under warranty, check with your provider to see if it’s possible to get a replacement—primarily if you haven’t handled it roughly or dropped it on its way to your home or business.

But, if you’re looking for advice on resetting LED strip lights without getting a replacement, read on. While these steps will work in most cases, we recommend contacting your service provider before starting if you have doubts about what caused your LEDs to stop working.

When to Restart the LED Strip Lights

There are a few scenarios where you’ll need to restart your LED strip lights. If the lights don’t turn on or don’t work, or start flashing at random intervals and times, then it’s likely that they’re going bad, and you should get them replaced.

However, suppose the LED strips are blinking sporadically and not turning off when they should be (for example, blinking constantly). In that case, this indicates that the strips were either powered on for too long of a period (especially when powering on for only short periods) or there is a problem with their power supply. In this case, it’s necessary to reset the strips by following the below steps.

How to Reset LED Strip Lights: Step by Step 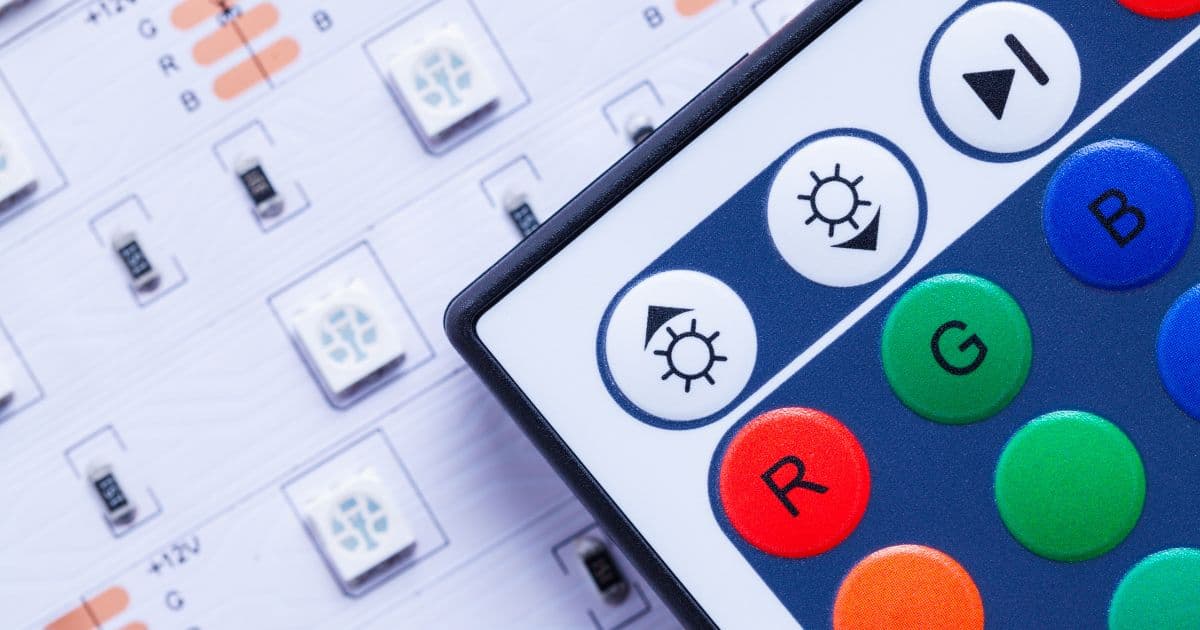 LED strip lights are a popular and energy-efficient lighting option for homes and businesses. But, what happens when they stop working correctly? In most cases, you can reset them, and they’ll be as good as new.

1. Plug in the Lights: Get started by checking that the LED strip light is connected correctly to a power source. The reset button will be ineffective if the device is not plugged in. If it’s been unplugged for an extended period, let it sit for at least 30 minutes before plugging it back in.

2. Press the Button: Find the reset button on the bottom of the battery pack (it may be labeled “RESET”). Hold the button until all four LEDs come on together. After this happens, release the button and wait five seconds before releasing it again.

3. Check for Successful Reset: If all four LEDs are lit, your lights are restored to their factory settings and should work as they did when you first received them out of the box. If the lights do not turn on, repeat steps one through three.

4. If this Doesn’t Work: If you cannot locate a reset button or your lights still won’t turn on, there is a probability that your LED strip light is beyond repair. At that point, you might need to replace it with a new set of lights to get back to enjoying great lighting.

What To Do When Restarting Isn’t Helping?

If the restarting didn’t help, you should try replacing the batteries on the LED lights. First, remove all of the old batteries from your light strip and replace them with new ones. Now take out any bulbs that are burnt out, if any are found in your light strip.

You must clean up any old wires hanging around by snipping them off with a wire cutter or stripping them back with a pair of pliers and then tucking them away neatly. Make sure there is no loose wire dangling around before plugging in your new set of batteries into the correct slots for powering up the device!

You could also try a different source of power. Some people have had success using a 9-volt battery as opposed to 4 AA batteries. Swap out the AA batteries you’ve been using for AAA ones. If the problem persists after trying a new outlet, consider a surge protector. It’s also possible that your LED lights merely need to be adjusted to their default settings. Switching to a different lighting mode or adjusting the brightness might do the trick.

If you’ve already done those things and your LED lights still aren’t working, the fault may lie with the contact points. Remove debris or residue from the contact locations using a cotton swab or Q-tip. Then turn on your lights once more.

If this doesn’t work, one last thing to try is resetting the controller itself. Press and hold down both start buttons simultaneously for three seconds until both start flashing. Once this has happened, release the buttons and wait for about 15 seconds before starting up again.

Can LED Light Strips be Reprogrammed?

LED light strips can be reprogrammed; thus, the answer is yes. This is one of the most significant benefits of LED bulbs over incandescent ones. LEDs allow for the customization of every aspect of the light, from hue to intensity to beam angle.

Reprogramming your LED light strip is an excellent option if you aren’t happy with the factory settings or want to get a different aesthetic. There are two ways to do this: through an app on your phone or a controller plugging into an outlet. Search RGB Smart Light in the App Store or Google Play Store and download one of the apps for the phone method.

Why Don’t the Colors of my LED Lights Change? 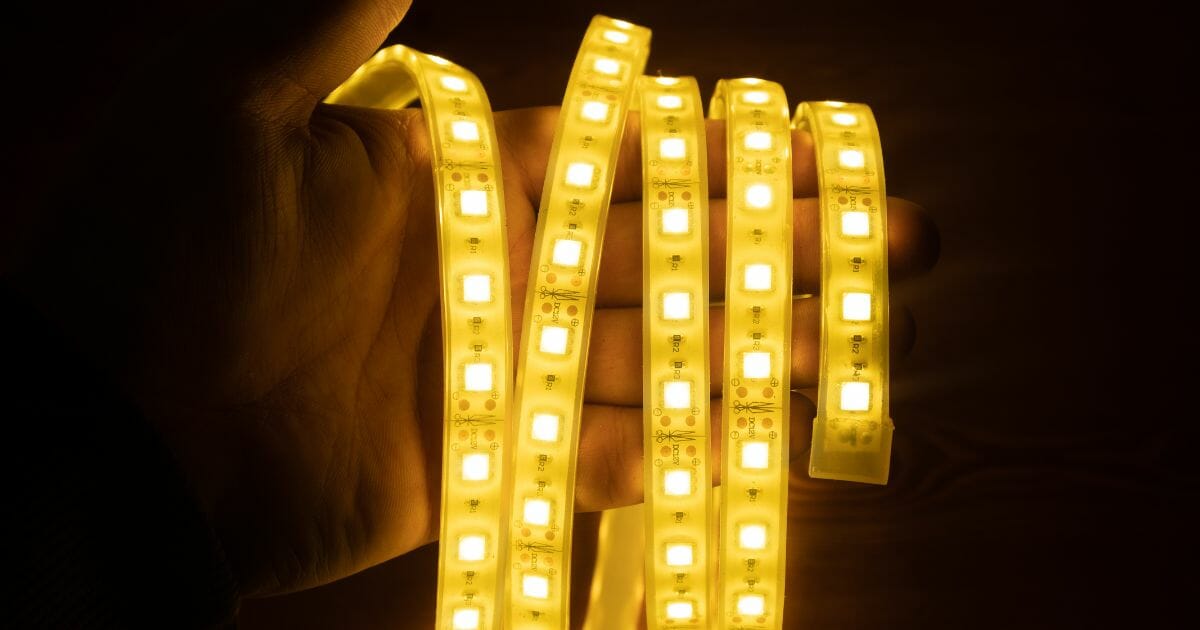 A few things could cause your LED lights to stay the same color:

LED strip lights are an innovative and practical solution to brighten your living space. However, they might suddenly go out. If this occurs, here’s what you need to do:

1) Remove the power supply from the wall plug.

2) Push the ON/OFF button on the power supply for 10 seconds until all the LEDs light up randomly.

3) Replace the power supply with the wall plug and turn it back on.

4) Wait a minute and ensure that your lights work as intended.

After doing this process, you should be able to enjoy your lighting again! It is important to remember not to touch any of the pins while following these steps because this can potentially damage your device. If these steps don’t work, try checking if there’s an instruction manual with troubleshooting tips – although many devices come with easy-to-follow instructions straight out of the box.

Are you ever wondered, how long do LED strip lights last? Well, the average lifespan can range from 20,000 hours to 50,000 hours. But,

Since the introduction of the very first light-emitting diode bulbs (LEDs), rapid technological advancement has led the lighting industry to grow by leaps and

How to Reset LED Strip Lights: A Comprehensive Guide

Resetting LED strip lights can be critical, especially if you want to reset them back to the factory settings, you need to change the

Subscribe to our newsletter to get shopping advice, our favorite gifts, and the best deals on Project Lights picks sent to your inbox.